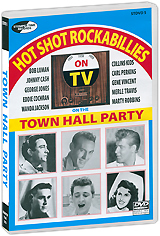 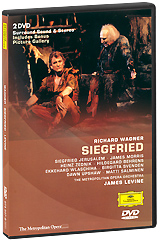 Wotan, the chief of the gods, and Alberich, the lord of the Nibelungs, contended for dominion over the world. Wotan had the fortress Valhalla built for the gods' protection. The dwarf chose a different course, and acquired measureless might and wealth by a step the god would not have taken, for he gained the power to steal the gold guarded by the Rhine's daughters only by renouncing love. Now master of the "magic spell" inherent in the gold, he forged a "magic ring" for himself, while his brother Mime, the cunning smith, made him a cap of invisibility, the Tarnhelm. Having enslaved his fellow Nibelungs, he drove them to toil in the depths of the earth, mining its treasures which they piled up to enrich the lord of the underworld.Act 1-3Siegfried - Siegfried JerusalemMime - Heinz ZednikDer Wanderer - James MorrisAlberich - Ekkehard WlaschihaFafner - Matti SalminenErda - Birgitta SvendenBrunnhilde - Hildegard BehrensStimme des Waldvogels - Dawn UpshawMetropolitan Opera Orchestra Conductor: James Levine