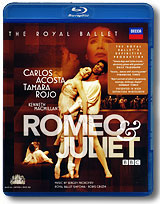 Описание:Clement Crisp Today, when Prokofiev's Romeo and Juliet h so popular in the theatre, it is curious to recall how comparatively little known were the ballet and its music in the 1950s. The first Russian staging was made by Leonid Lavrovsky at the Kirov Theatre, Leningrad, in 1940, five years after Prokofiev had completed the score. It was in 1956, when the Moscow Bolshoj Ballet arrived in London for Soviet ballet's ground-breaking first visit to the West that die emotional force of this production was seen, and profoundly affected our audiences. On 3 October in that year, the curtains of the Royal Opera House. Govern Garden, rose to reveal the motionless triptych of Romeo, Friar Laurence and Juliet (who was Galina Ulanova, Moscow's divinity). Even now, the sensation caused by that evening lingers on We were bowled over by the power of Muscovite dancing, by the radiance of Ulanova's presence, by the Torre of Prokofiev's score. Ironically, in the previous pear Frederick Ashton, The Royal Ballet's master choreographer, had staged his own response to this music in Copenhagen Tailored to die modest forces of the Royal Danish Bailer, this production had a clarity very different from the epic sweep of the Bolshoj version. Within two years of the Bolshoi's appearance, John Cranko, who had made his name as a young choreographer with The Royal Ballet mounted a version of Romeo for La Scala Milan, and this he revised and developed in 1962 when he became director of the Stuttgart Ballet. Act 1 Act 2 Act 3