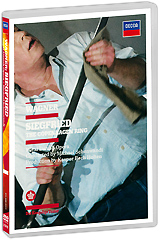 Описание:Kasper Bech Holten's spectacular Copenhagen production presents Wagner's epic Ring cycle as the drama of its heroine Brunnhilde. By setting each of the four operas in a pivotal decade of the twentieth century, her story becomes also a history of the modern age and of the ideologies and conflicts that tore it apart. In the third part of Wagner's Ring cycle, the fearless hero Siegfried breaks free of the restrictions of his youth, and sets off in search of freedom, adventure and, ultimately, love. Siegfried: Act 1-3Siegfried - Stig AndersenMime - Bengl-Ola MorgnyDer Wanderer - James JohnsonAlberich - Sten ByrielFafner - Christian ChristiansenErda - Susanne ResmarkBrunnhilde - Irene TheorinWaldvogel - Gisela StilleRoyal Danish OrchestraConducted by Michael Schonwandt 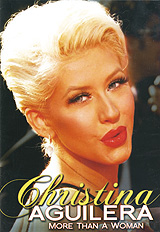 She's a blonde with a brain and a babe with a voice that can stretch across five octaves, but Christina is nobody's fool. Ten years into a career that has often seen her accused as being a copyist, a bimbo and sometimes far worse, she remains the hottest of talents and the sexiest of women, but unlike some of her early contemporaries, she hasn't sold her soul to achieve her goals. This film goes behind the scenes and discovers exactly how Christina Aguilera gained so much success in a field where millions fail every year. Using exclusive interviews with the herself, rare footage, hundree of seldom seen photographsf location shoots, news-clips, contributions from her nearest and dearest and a host of other features, this DVD truly tells the story of the genie who stayed out of the bottle.