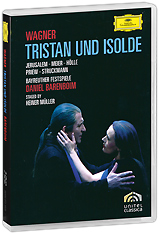 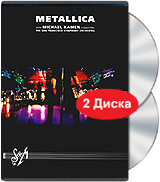 There's little doubt that this two-volume concert and documentary package will appeal to die-hard Metallica lovers given its more than three-hour length (two and a half for the concert segment alone), the band's predominantly white male fan base (repeatedly addressed as "man" by singer-guitarist James Hetfield) will be in fact already are ecstatic. But one wonders, especially given the erratic history of rock-cum-orchestra experiments, whether "S&M" will win Metallica any new aficionados. The fact is that the presence of the San Francisco Symphony Orchestra, conducted by composer Michael Kamen, adds texture but not much else of significance to the Metallica sound. The band is so loud that it tends to overwhelm even a 100-plus member orchestra; what's more, Metallica's crunching, fist-pumping, riff-laden metal music lends itself less to genuine orchestral adornment than to superfluous bombast. And while the sound quality is excellent, it's still basically just a filmed concert, with little in the way of additional visual interest. Still, there are some cool moments, and all involved are clearly having a great time. There are also two new Metallica songs, "No Leaf Clover" and "Minus Human." (Note: also available is an edited version, sold at a slightly lower price, which corresponds to the popular PBS broadcast. The longer version carries an explicit content advisory label, due to much casual profanity, especially in the "making of" documentary.)Songs Include:1. The Ecstasy Of Gold 2. The Call of Ktulu 3. Master Of Puppets 4. Of Wolf And Man. 5. The Thing That Should Not Be 6. Fuel 7. The Memory Remains 8. No Leaf Clover 9. Hero Of The Day 10. Devil's Dance 11. BleedingMe 12. Nothing Else Matters 13. Until It Sleeps 14. For Whom The Bell Tolls 15. Human 16. Wherever I May Roam 17. Outlaw Torn 18. Sad But True 19. One 20. Enter Sandman 21. Battery